Historically Black Colleges and Universities (HBCUs) are institutions of higher education that were established in the United States before 1867 with the intent of serving the African American community. As such, they have traditionally been economic drivers of African American communities, addressing not only the educational needs of students, but creating and sustaining a professional and business elite with strong community ties and commitment to community development and the unique African American cultural heritage. Prior to the engulfment of independent African communities in North America by what was to become the United States, free Africans formed their own network of schools in southern areas outside the 13 colonies. During the US apartheid period, HBCUs served the educational needs of the African American people, though they were never fully under African American control nor fully equal, despite the slogan of “Separate but Equal” used to justify the separation of African and European Americans. HBCUs have the potential to be a key factor facilitating African American self-determination within the United States. They are already a recognized entitlement, as well as a demonstration of the historical institutional existence of African Americans as a people. They cross all local and state boundaries without conflicting with these legal jurisdictions, and serve as a primary instance of how it is possible to institutionalize non-territorial minority rights in America whereby African Americans can enjoy rule-making powers and policy development directed towards their own unique needs. HBCUs can provide the basis for building internal self-determination within America for the African American people. This fact should not be lost in the ongoing struggle to save HBCUs.

BARACK OBAMA and the $300 Million War on HBCUs

THE ETHNIC CLEANSING OF HISTORICALLY BLACK COLLEGES IN THE AGE OF OBAMA.

Advancing quality education for all persons of African descent.

At this historic event, a Memorandum of Understanding was signed between the UN Development Program (UNDP) and cosponsor Core Planning Group (CPG), “to provide a framework of cooperation and facilitate and strengthen collaboration between the Parties, on a non-exclusive basis, in areas of common interest.”

Consultation on the Permanent Forum for People of African Descent, Geneva, Switzerland, May 2019

IHRAAM CHAIR PRESENTS AT INTER-AMERICAN COMMISSION (IACHR) At the request of the IACHR, Dr. Farid I. Muhammad made a short presentation in the fourth panel debate, on “ Cooperation with International mechanisms to combat racism”, followed by an open debate with all of the consultation’s participants. PIC: Commissioner Judge Margarette May MaCauley and IHRAAM CEO Dr. Farid Muhammad, December 2018, at the Headquarters of the Organization of American States (OAS) More here

Representatives from 123 countries participated in this unique EXPO 2018. HBCU/PBI delegates attended as IHRAAM representatives, at the invitation of the Office for South-South Cooperation:

UN OFFICIALS MEET HBCU/PBI DELEGATION AT THE UNITED NATIONS IN NYC IN OCTOBER, 2018

NEW YORK CITY: On October 19, 2018, a delegation of 33 senior administrative officials from a wide range of Historically Black Colleges and Universities attended a day-long Briefing at the United Nations with officials from 3 UN Agencies: The event was a joint effort facilitated by IHRAAM and the Core Planning Group. The HBCU officials met in the UN New York offices of the UN Development Program (UNDLP), Africa;  the Organization for Islamic Cooperation (OIC) and the Organization for South-South Cooperation (OSSC). 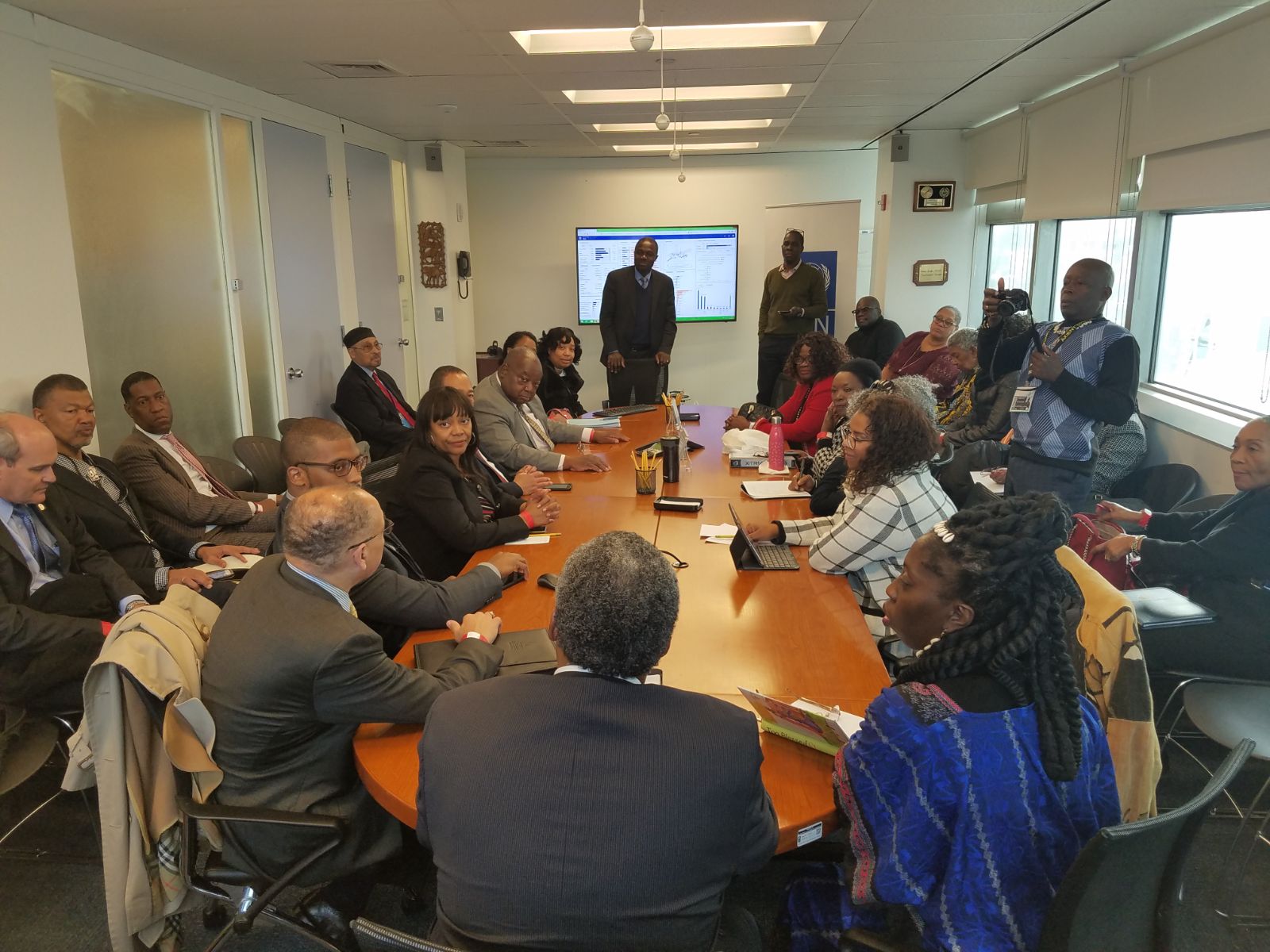 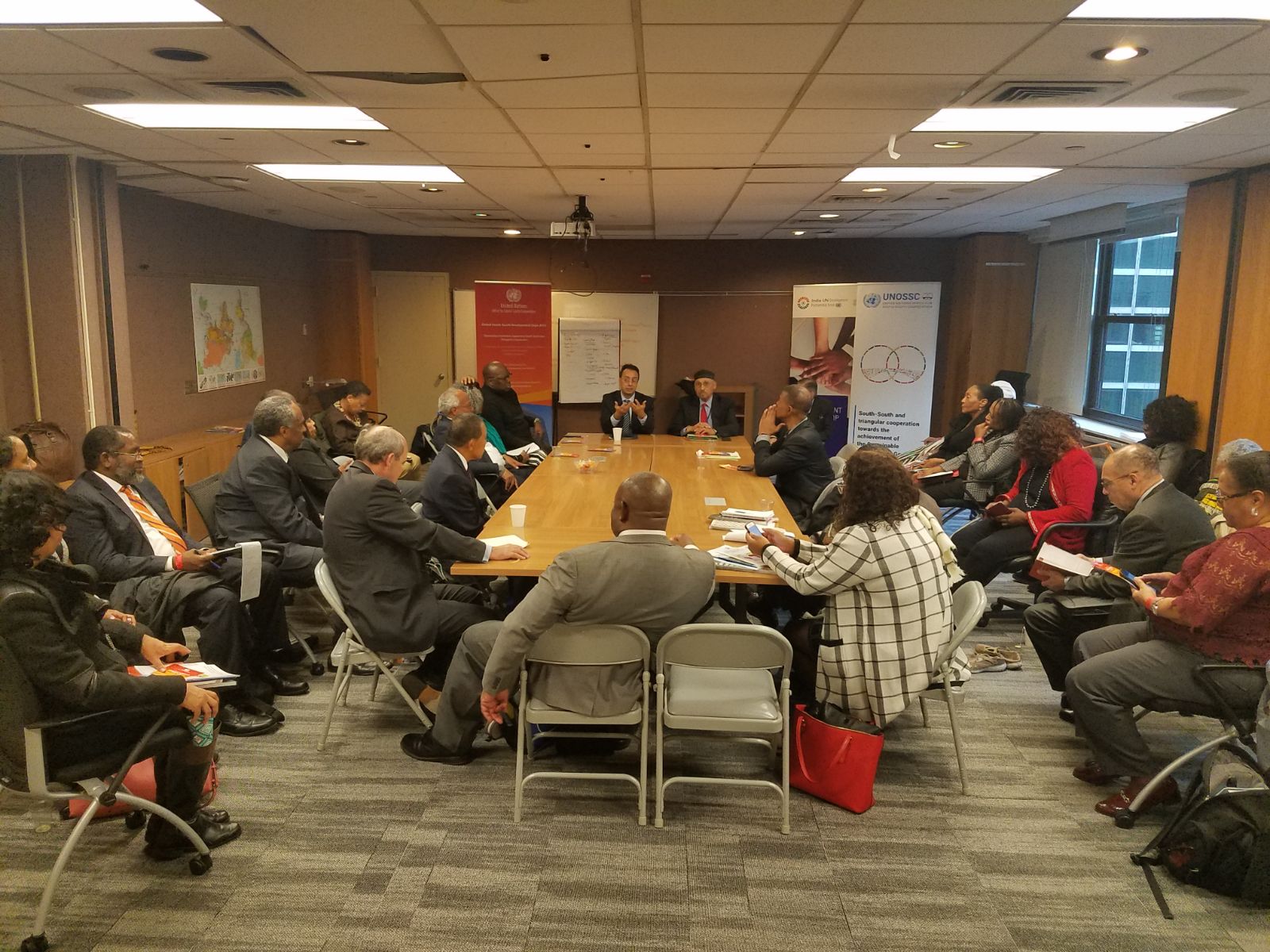 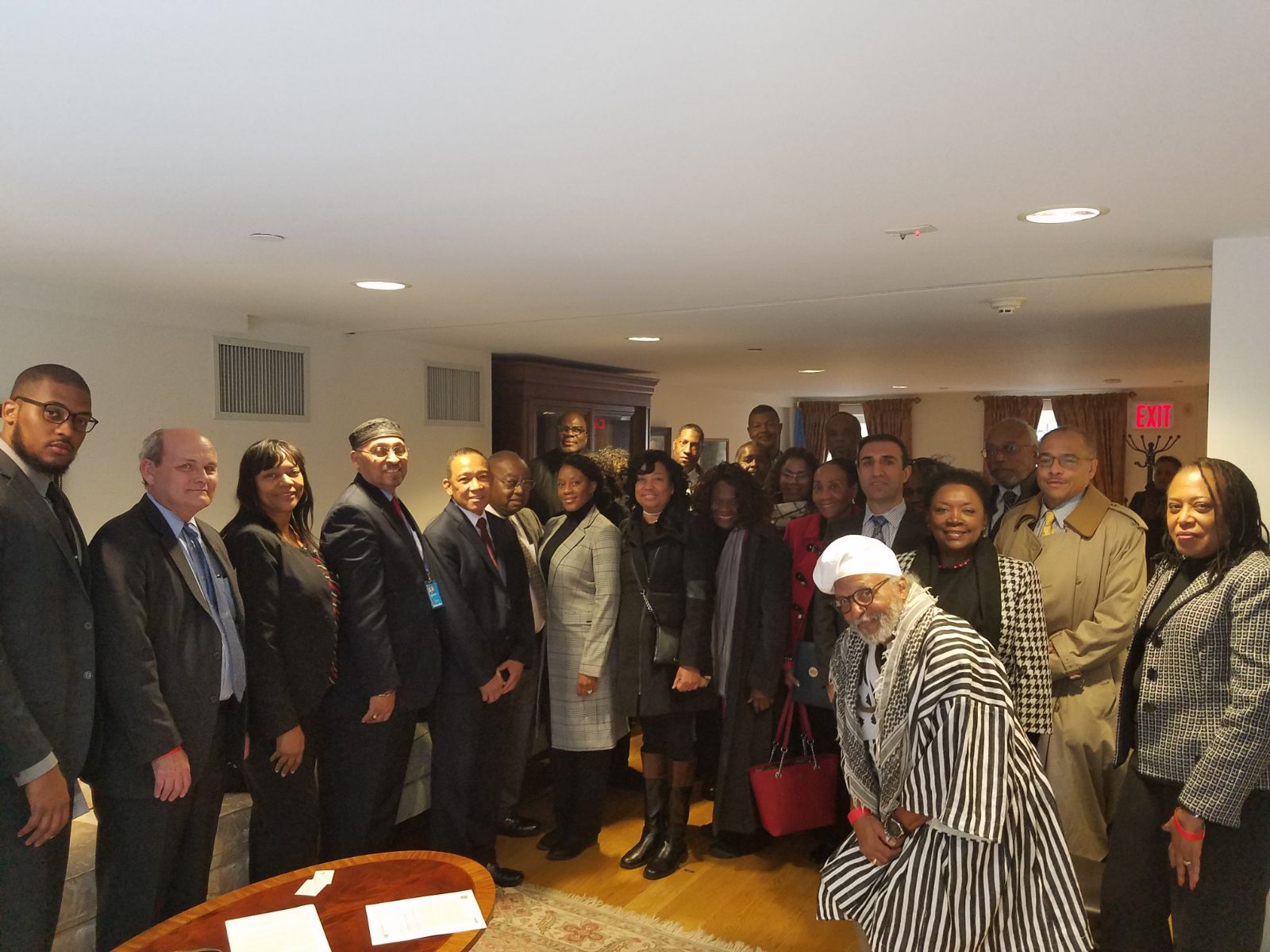 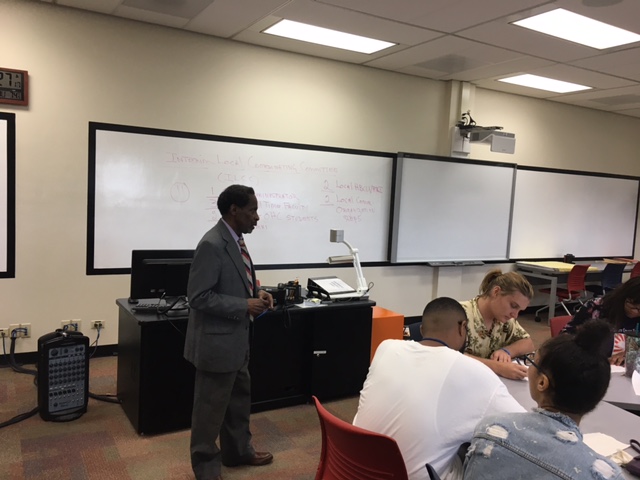 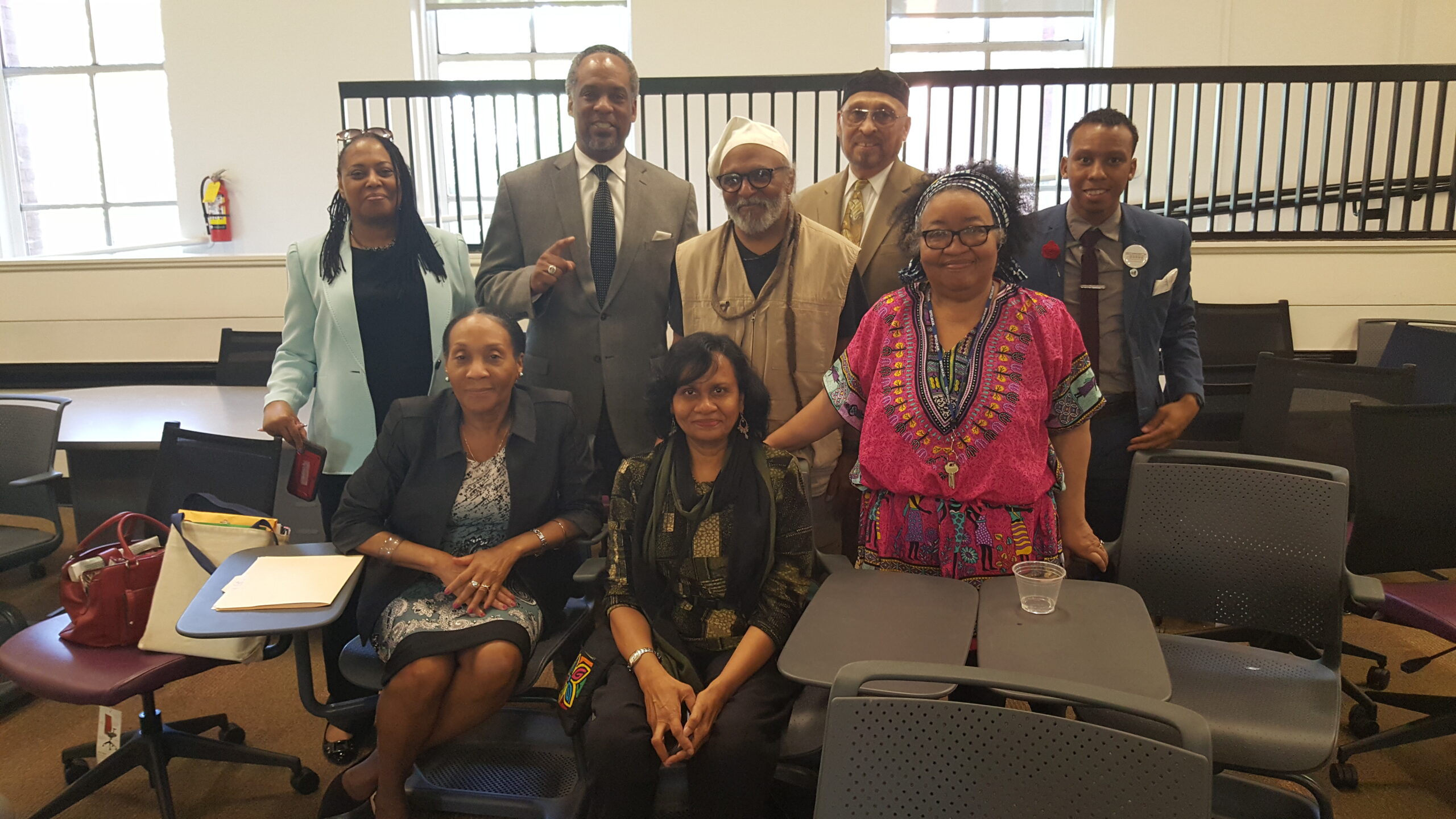 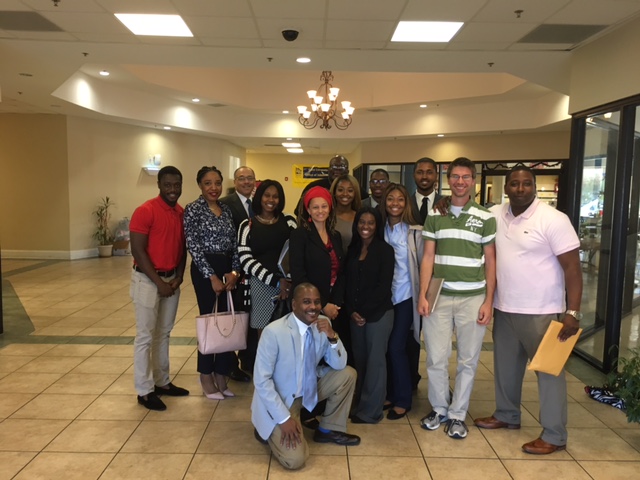 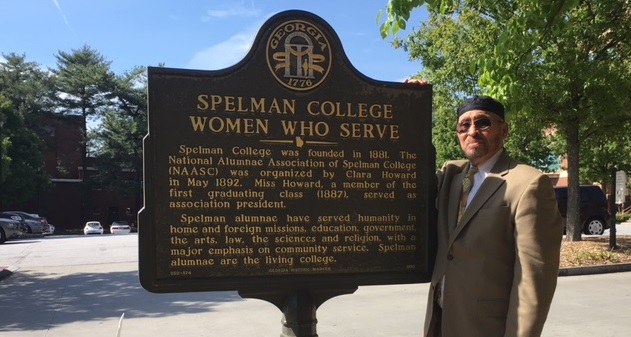 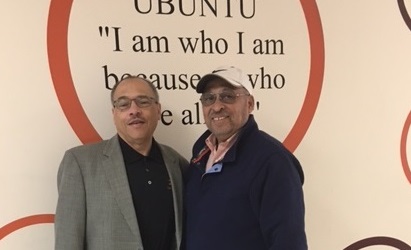 represents IHRAAM efforts from 2014-2015 to contextualize the struggle to save HBCUs within the context of the international minority right to institutions, and to stimulate debate and discussion within the HBCU and African American community as well as within government and the international community as to the value and applicability of international norms when seeking to resolve the ongoing disproportionately negative standing of African Americans in social indicators measuring well being—despite their having achieved de jure civil rights for nearly half a century.

IHRAAM was invited to participate in the State Department/Dept. of Education Town Hall review ofeducation recommendations resulting from the US-UPR. Dr. Farid I. Muhammad and Professor Emerita Vernellia Randall travelled to Washington to attend the July 20, 2015 meeting and present. The State Department requested two documents: A Written Statement, and then a more brief Intervention for delivery at the event itself.

prior to US Universal Periodic Review by Human Rights Council. IHRAAM held a side-session at the UN Palais des Nations on May 7th, 2015, titled EMPOWERING BLACK COLLEGES: International Law, African American Development and Self-Determination. All 192 UN Member States of the United Nations are required to report every four years on human rights issues through a mandatory review process established by UN General Assembly Resolution 60/251 in 2006. This process provides an opportunity for NGOs and others to submit alternative reports to that produced by government, affording the opportunity for the review process to deepen the understanding and broaden the exposure of human rights violations within states with a view to their correction. The United States report was reviewed by the UN Human Rights Council on May 11, 2015. IHRAAM and Cosponsors submitted an Alternative Report to the UN Human Rights Committee addressing the violation of African Americans’ right to education in the US, and defending the African American international minority right to institutions in face of the policy-generated deterioration of HBCUs. 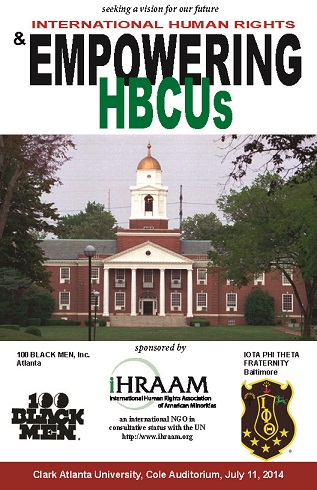 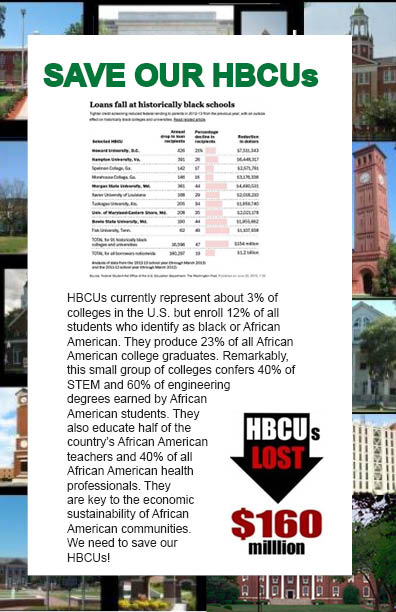 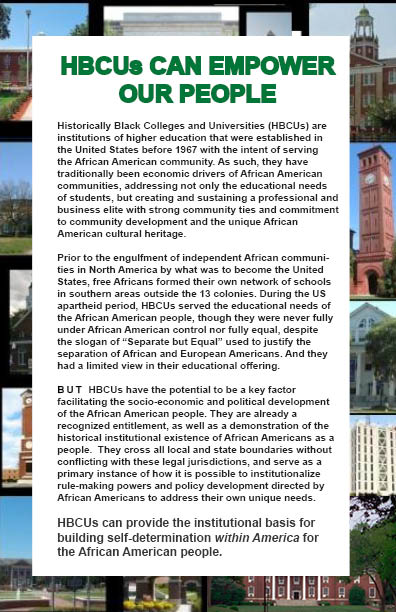 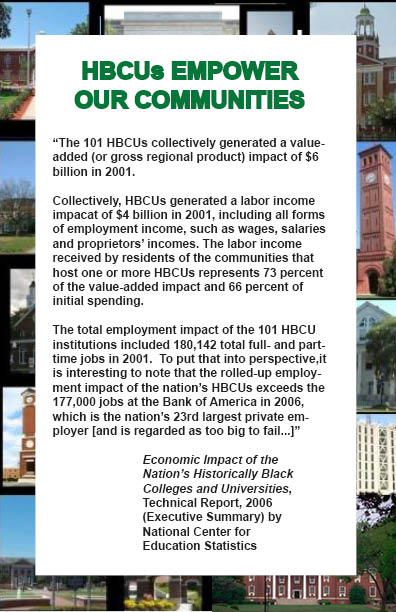 AFRICAN AMERICAN STRUGGLE HEADING IN NEW DIRECTION? IHRAAM CHICAGO CONFERENCE East-West University, April 2012 On April 20-21, 2012, key representatives of the African American popular leadership and intelligentsia broke new ground in Chicago at the IHRAAM-sponsored conference titled FROM CIVIL RIGHTS TO HUMAN RIGHTS AND SELF-DETERMINATION? Speakers and attendees flew in from all corners–California, Georgia, Illinois, Mississippi, New York, South Carolina, Washington, DC, Virginia and Canada. The atmosphere in the conference hall at East-West University was electrifying, as speaker after speaker added new planks to attendees’ understanding of where the African American struggle had been, where it was now, and the direction it had to go to move forward. There was no disagreement from either speakers or floor on the general direction proposed by the title of the conference: that the African American struggle must now move on from civil rights to human rights and self-determination. more 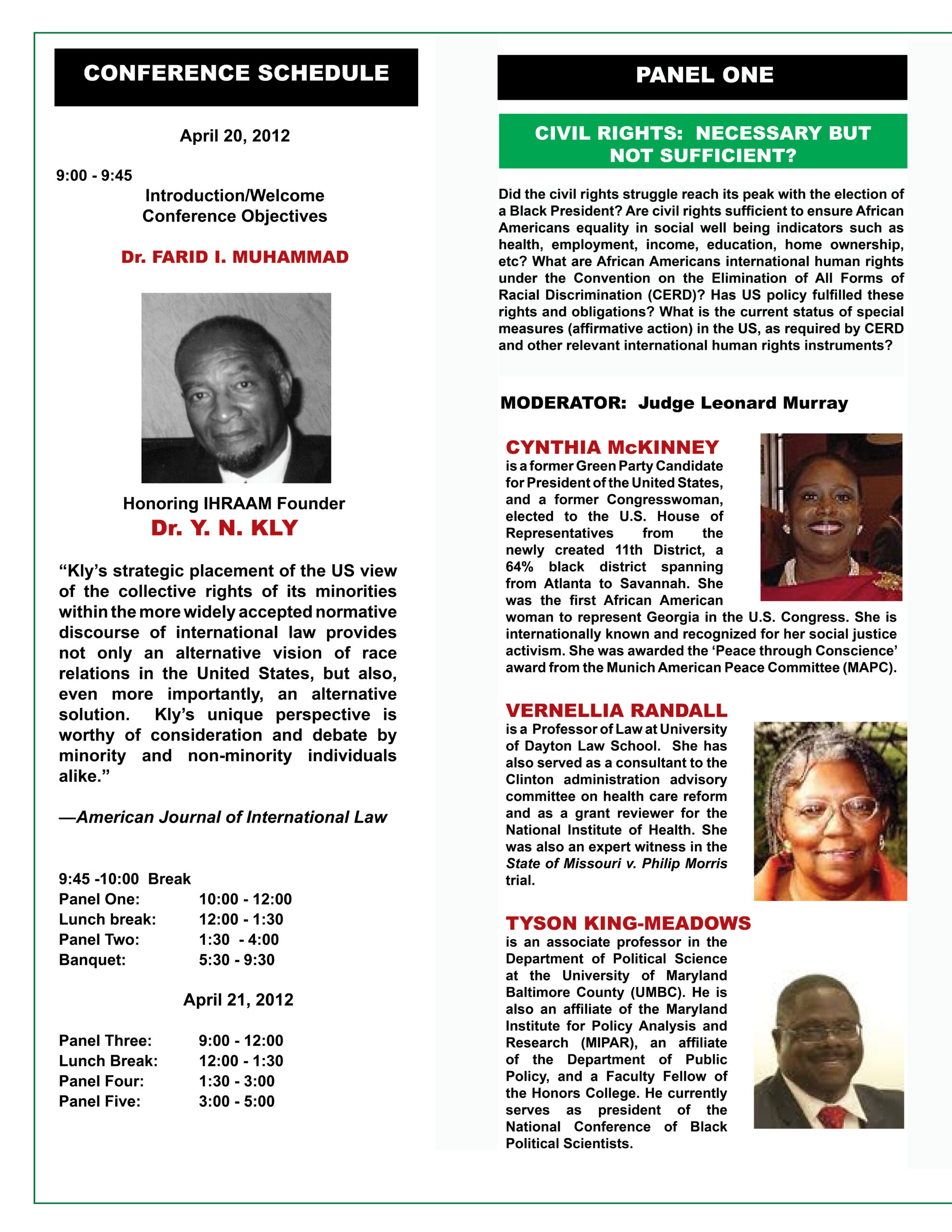 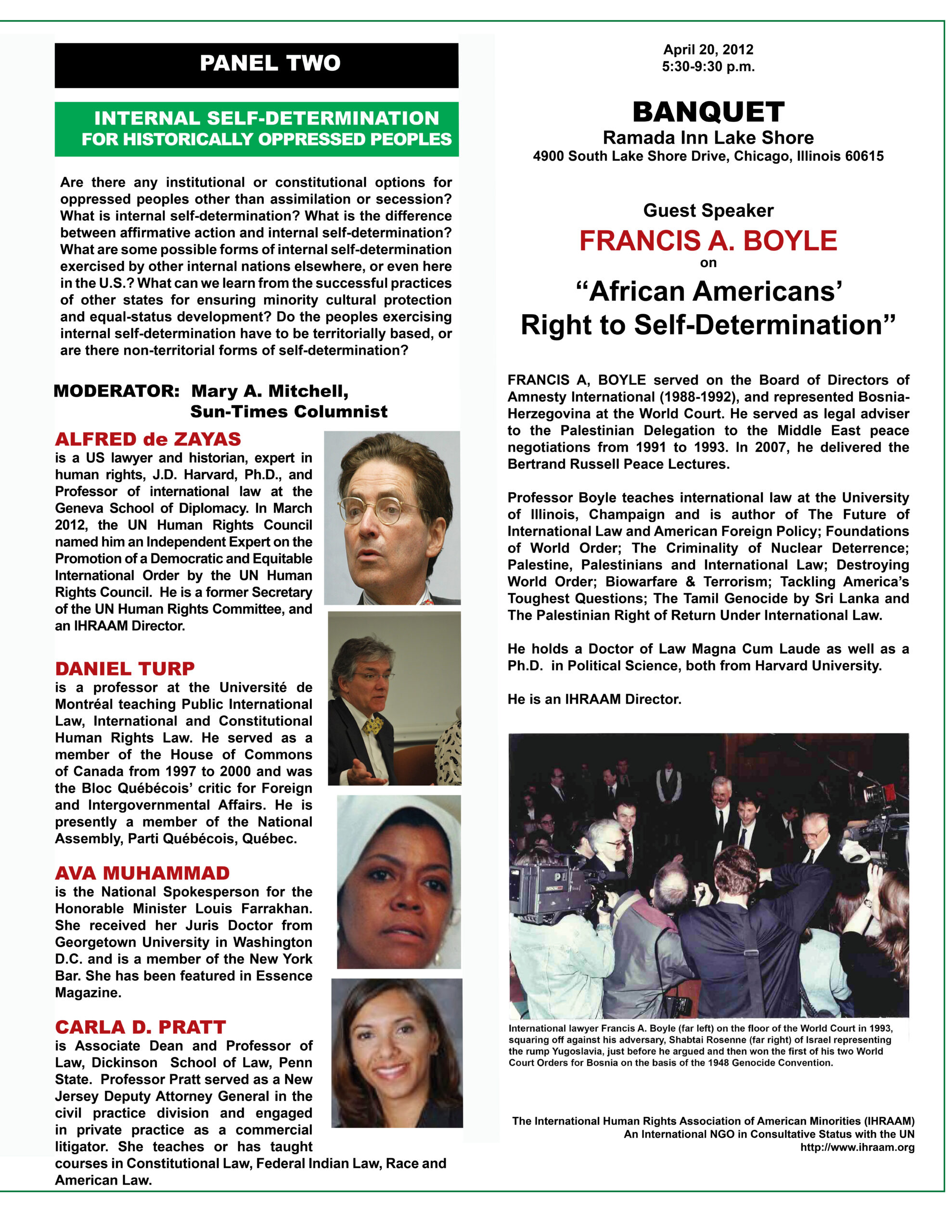 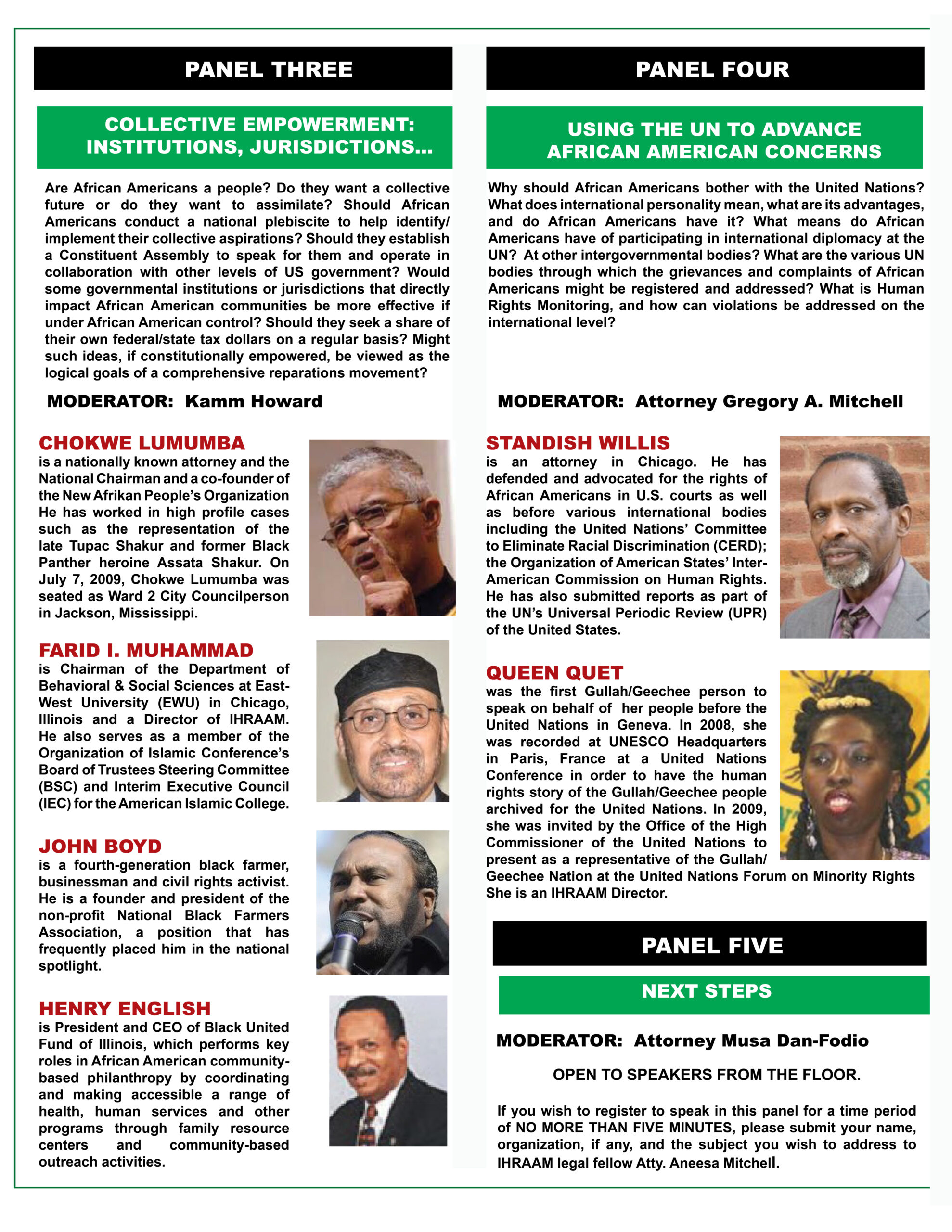 Do we need self-determining Institutions?” Speech (MP4) by the late Chokwe Lumumba delivered at the IHRAAM 2012 Chicago Conference