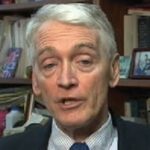 Francis A. Boyle is a leading American expert in international law. He was responsible for drafting the Biological Weapons Anti-Terrorism Act of 1989, the American implementing legislation for the 1972 Biological Weapons Convention. He served on the Board of Directors of Amnesty International (1988-1992), and successfully represented Bosnia-Herzegovina at the World Court (above). He served as legal adviser to the Palestinian Delegation to the Middle East peace negotiations from 1991 to 1993. In 2007, he delivered the Bertrand Russell Peace Lectures. Professor Boyle teaches international law at the University of Illinois, Champaign and is author of, inter alia, The Future of International Law and American Foreign Policy, Foundations of World Order, The Criminality of Nuclear Deterrence, Palestine, Palestinians and International Law, Destroying Libya and World Order, Biowarfare & Terrorism, The Tamil Genocide by Sri Lanka and The Palestinian Right of Return Under International Law. He holds a Doctor of Law Magna Cum Laude as well as a Ph.D. in Political Science, both from Harvard University.